I realised earlier in the week that I hadn’t posted any Amiga content on my blog. I am admittedly a rabid Commodore fanboy from back in the day, and the apple of my eye (no pun intended) has always been the Amiga computer.

The Amiga basically represents my childhood. My dad bought an Amiga 1000 back in 1987 and the first game that I ever played on it was Marble Madness. Amigas back then didn’t come with computer monitors, and the Commodore 1084S was still pretty expensive back in those days, so we had to make do with a borrowed monochrome Mitsubishi monitor, that was green on black.

The Amiga 1000 could handle up to 4096 different colours, and here was 6 year old me playing one of the most colourful games for the platform in green on black. After the 1000 my dad upgraded to an Amiga 2000 in the early 90s (I can’t exactly remember which year), but it was new stock that Myer was trying to get rid of, so my dad got a bargain on the machine. By that time we had a Commodore 1084S monitor so colour wasn’t a problem, so that was coupled with this ECS-upgraded A2000. This also meant that a lot of my old A1000 games wouldn’t work on the A2000 anymore due to the chipset change, but it also came with 1MB RAM so I could actually run bigger games like SimCity. That machine got upgraded up the wazoo (don’t all A2000s?) and a couple of years after Commodore went bust, we eventually packed it away and switched to PCs. 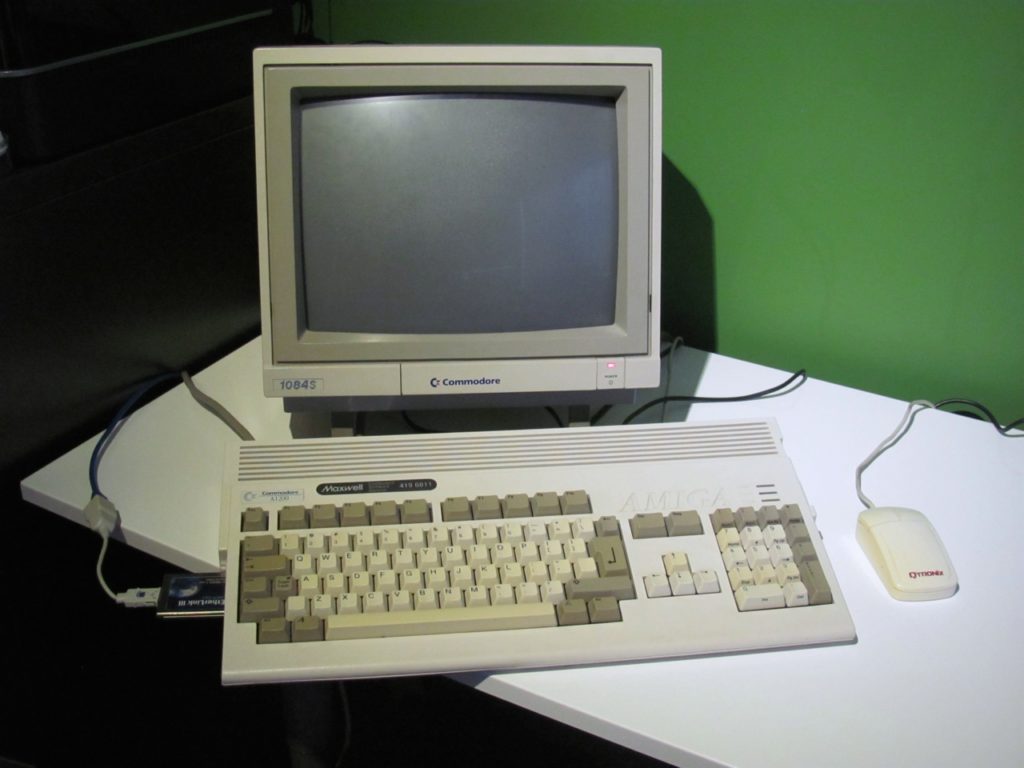 This A1200 in my possession is actually one from within the family — it’s my uncle’s Amiga that he had just stored in his garage for a few years, and I believe it was his last Amiga before he officially switched to PCs. It contains the usual Motorola MC68EC020 CPU and the 2MB of Chip RAM, but it also included a CSA 12-Gauge expansion card, which brings a Motorola 68030 CPU, a Motorola 68882 FPU, an external SCSI port and most importantly, a 72-pin RAM slot to the table. It also thankfully comes with an A500 power supply, as the original A1200 power supply was a little wimpy.

It also came with a piddly little 80MB IDE hard drive, so this was promptly replaced with a 2GB drive that was kicking about, and was re-prepped and Workbench 3.1 reinstalled on top. The Amiga was basically just stored in my bedroom in the last few years before I finally moved out of home. The house I moved into with my new wife had a study, but for the first three years there the room was basically storage with a desk in a corner for my iMac (the business machine). It wasn’t until a couple of weeks ago that I decided I should really sort the room out and set it up the way I wanted it to.

What this meant was that the A1200 finally has its place in the world, and is all set up and ready to go with a flick of a switch. Of course, now that it’s all set up, the upgrade bug has started to bite and I have a few ideas on what I want to upgrade, and also what needs to be done to ensure that this A1200 will handle anything I throw at it. The only upgrades I had done so far is getting an Ethernet PCMCIA card to work (so the Amiga technically can go on the internet), added a Real Time Clock so it doesn’t think it’s 1992 all the time, and upgraded the Kickstart chips to 3.1 so that an upgrade of Workbench to 3.5 or even 3.9 is now possible.

The most pressing upgrade I need to do now is replace that aging IDE spinning drive that’s still in there with a CompactFlash to IDE adapter. After the hard drive stops reading (on bootup, or running an application), a few seconds will lapse before I hear an audible ‘clunk’. The drive seems OK and I think it’s just a bit noisy parking the heads, but the days are numbered on this drive and it has to go. Unfortunately there’s no Norton Ghost-like application on the Amiga, so there’s this whole rigamarole of prepping the CF card which includes using an Amiga emulator (WinUAE) and installing Workbench via floppy disk images and then your whole weekend’s spent. Gotta find time!

After the CF swap, I’ll probably invest in an Indivision AGA Mk2 to clip over the Gayle chip and get a DVI output out the back of the machine. That will allow me to connect an LCD monitor  — I have an old Acer 21″ panel that’s currently being used as a second monitor with my iMac, and is dying to be replaced — and get some more usable resolutions on Workbench. 640 x 256 (you read right, I just turned on the ‘meeg right now to double-check) is pretty rough these days.

So hopefully as time progresses and more things are done with this machine, I’ll post updates when I can. For now, enjoy some introductory images of my Amiga A1200. 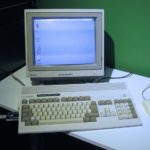 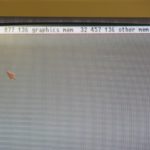 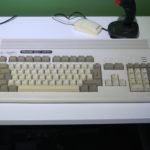 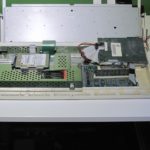 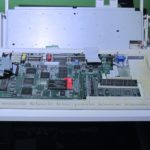 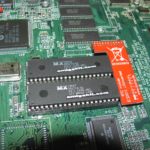 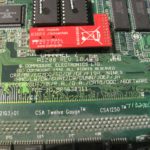 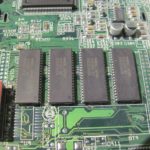 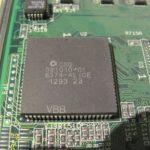 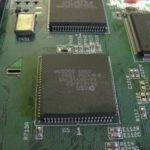 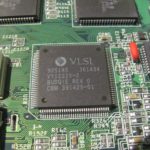 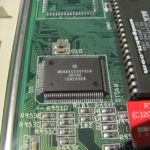 I took some pictures of the CSA 12-Gauge expansion card that’s connected to the A1200’s trapdoor. The card has a Motorola 68030 CPU running at 33MHz, and a 68882 FPU. When this card is connected, the MC68EC020 that’s on the main board sits there doing nothing. There’s more technical information about this board at the Big Book of Amiga Hardware. 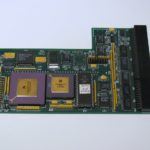 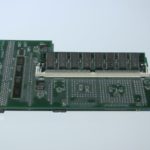 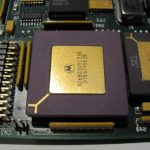 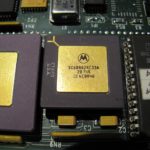 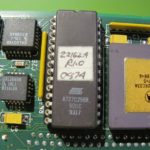 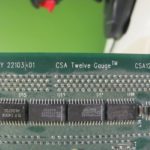 Comments? Thoughts on what else I should upgrade? All is welcome.