For those who know me quite well, they already know this, but for those who don’t, I’ll just come clean and say it.

I proposed to my (then) girlfriend in November 2009 via iPhone app. Yes, I’m a nerd. Here’s how it happened.

At Dogma, my current workplace, we would go out for Yum Cha every couple of months ago and just get drunk on Asahi and bloated from chocolate-filled sesame dumplings. During this state, we would have a good long chat with everyone else on the table and discuss what’s happening in everyone’s lives.

For some reason, my co-workers were always interested in when I’m going to propose to my girlfriend, usually I just buff the question off or try to divert conversation to someone / something else, but I was getting a bit tired of that and just blurted out that I had no idea how to. My girlfriend wasn’t like any one else I had gone out with (one of the reasons why I wanted to propose), and I felt that it would be good to propose to her in a unique and interesting way. I definitely didn’t want to hide a ring in a cake or drop it in a champagne glass (that’s so tacky).

Due to the level of drunkedness, the ideas that my coworkers were coming up with were absolute gold. The best one was to create an iPhone app, and I jumped onto that idea straight away as I felt it was really ‘me’. I can’t remember who of my co-workers thought of it first, but whoever you are, thanks!

I had gone out onto the intarwebs a few weeks before that and bought an iPhone programming book – iPhone in Action by Christopher Allen and Shannon Appelcline. The book’s split in two, one section focuses on web programming and optimising for iPhone use, and the other half focuses on the iPhone app with CocoaTouch side of things. I had a flick through it and was pretty daunted with the Objective C syntax — it didn’t seem very C-like to me, and I was very comfortable with PHP.

Time went on and being busy with other things, this project fell by the wayside a little. Lo and behold, the year’s end was nearing and without an iPhone app (at this stage I was completely sold on the idea) I wasn’t going to pop the question. So I made some time in my schedule to sit down and try and nut out this Objective C thing. One of the tutorials was how to load a website in an application, and then I had a lightbulb moment.

If only if I could write the whole application as a website, store it locally within the application, and then get the app to load it up, then I could make the app behave like a native iPhone app, and the turn around could be much, much quicker. Yes, it’s the lazy way of completing the project, but time was against me (I had a vacation to go to with my girlfriend to Sydney coming up, and I wanted to be engaged before then), so I read into it and figured it all out.

So without any further ado, here’s some screenshots that you’d probably be interested in. The application is called iDo. I am aware that another app on the iPhone App Store is called iDo, but since I am not looking at selling this app, this shouldn’t be a problem. 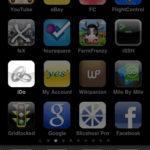 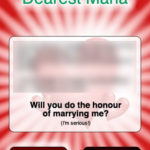 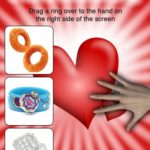 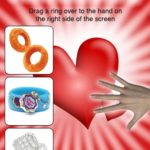 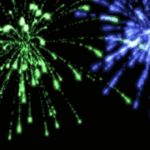 Just a run-down on what each screen does.

The techincal details of the app is as follows:

So that’s about it. From start to finish, the whole project took me 4 nights to do, including testing on my iPhone and in Xcode’s simulator. I then bought an iPod Touch and installed it on there too (just the developer version, so it probably still has debug code in it too, making it run a little slower), wrapped it up as a gift and proposed to my girlfriend with it at a nice secluded spot on Port Melbourne beach.

What ticks me off about OSX & culture